Located in eastern Canada, New Brunswick is known for its natural beauty.

Sharing borders with Quebec to the north and Nova Scotia to the south, its rugged Atlantic coastline is dotted with sandstone cliffs and sandy beaches, with picturesque lighthouses and plenty of natural wonders to keep the whole family entertained. From whale and bird watching to (yes) surfing on the Bay of Fundy’s Tidal Bore, the possibilities are practically endless.

Famous for Lobster and Oysters, gourmands will delight in the freshness of the ocean-caught seafood, and the cities of Fredericton, Saint John and Moncton offer plenty of entertainment value with world-class casinos, theatre, and live music venues galore. Its seacoast is sheltered from the harshest Atlantic influences by Prince Edward Island, and over three-quarters of the province is covered in dense forest, which is broken up by several river valleys, along which you will find much of the province’s population.

New Brunswick is Canada’s only officially bilingual (French and English) province, and you’ll find friendly people everywhere you go who are willing to share their hospitality and their unique culture, which is strongly aboriginal, followed by French in the 1700s and British in the 1800s. A four-season destination, the beaches and parks of summer give way to breathtakingly colourful trees in the autumn, followed by snowmobiling and alpine skiing adventures in winter.

New Brunswick is only a short bridge away from both Prince Edward and Nova Scotia - and is a must while on an Atlantic Canada adventure. Our Canada Speclaists can create the perfect itinerary for you built around your needs. We can include accommodation, flights, attraction tickets, and car hire. All our holiday packages are ABTA and ATOL protected. 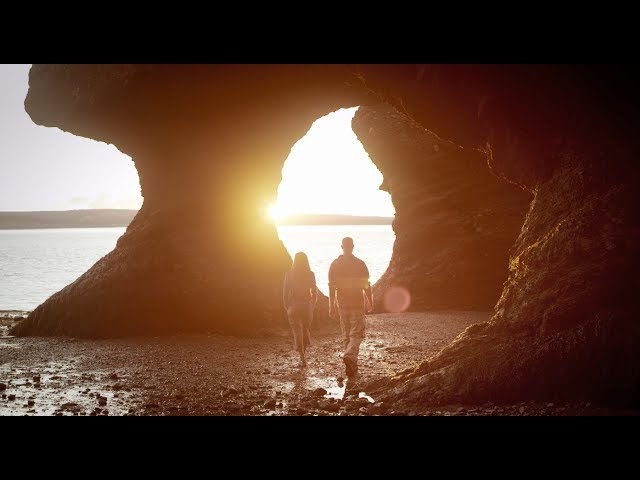 All staff are Canada Specialists

Over 40 years of experience selling Canada

Our bespoke holidays are tailor-made to suit your personal requirements

For our peace of mind, ALL holidays are ABTA and ATOL protected.

The Bay of Fundy lies at the intersection of where New Brunswick, Nova Scotia, and Prince Edward Island meet – and is where you’ll find the world’s highest tides at 19 metres high. Over the years these tides have created fascinating rock formations and sea caves.

The Bay of Fundy tidal range is so powerful that it forces water back into the mouth of the St John River! Including creating a reverse waterfall! The best views are available at the Reversing Falls Bridge.

Near the mouth of the Bay of Fundy, you’ll find the tiny fishing community of Grand Manan Island that is only accessible by ferry. The island is very popular with bird watchers with more than 240 species found on the island! The surrounding waters are also home to the Atlantic white-sided dolphin, harbour porpoise, and several species of seals!

If you thought it was just Quebec that had a strong Francophone culture, then think again. Moncton has a strong French history that is spate from the Acadians that settled in modern-day Quebec. The Fort Beauséjour National Historic Site is one of the best places to immerse yourself in the French history of the province.

This is the place to learn about the history of rural New Brunswick. The lively, interactive exhibits (and 70,000 artefacts!) tells of the story of Loyalist settlers who had just arrived from the recently formed United States. There are also workshops where you can learn 19th-century skills such as embroidery and rope-making!

Shediac is known as the Lobster Capital of the World and, so proud of this accolade, they have a bus-sized lobster statue near the visitor information centre!

New Brunswick is a bird-watching hotspot, and there are numerous species for keen bird-watchers to look out for. But even the most passive wildlife fan will adore the sight of hundreds of Atlantic Puffins on Grand Manan Island.

New Brunswick is one of the few places where can see Black Bears in Eastern Canada. In Acadieveille you can observe them from a comfortable and safe tower.

The Bay of Fundy is one of the best places to spot whales in Atlantic Canada. The Humpback Whale, Minke Whale, and Finback Whale are all very common sights. While the endangered North Atlantic Right Whale, White-beaked Dolphins, Sei Whales and Pilot Whales are occasionally observed.

The Flavours of New Brunswick

15 nights from Call for Price

See how beautiful New Brunswick is for yourself... 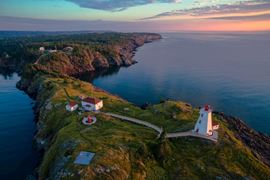 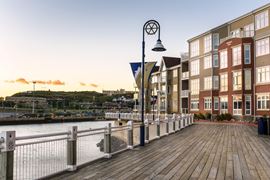 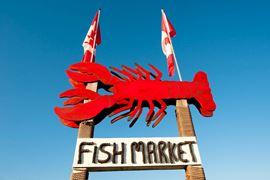 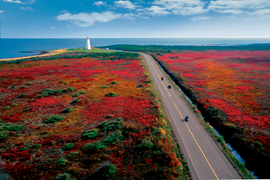 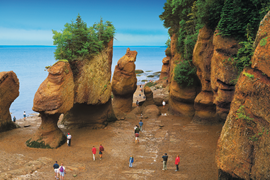 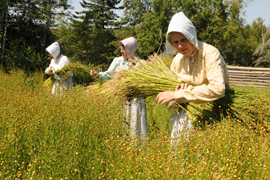 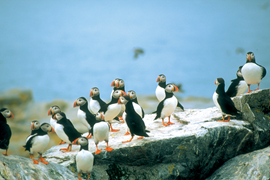 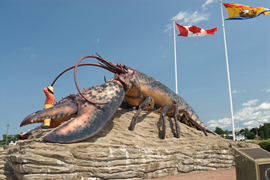 Combine your New Brunswick holiday with...

Welcome to Canada's easternmost province: the first place in Canada to be touched by the sun's grace and where the locals are exploring while the rest of Canada is still tucked up in bed. And when you see how beautiful Newfoundland and Labrador is you'll understand why it's popular with a striking selection of wildlife and people who like the slower pace of life.

Welcome to Nova Scotia: a maritime paradise home to craggy coastlines, scenic lighthouses, laid-back adventure, Celtic history and some of the world’s freshest seafood. It will fill up your lungs with fresh sea air and stir your heart with nautical adventures.