Choose your Kelowna holiday in which you'll find yourself located at the northern tip of the Okanagan Valley wine region, in British Columbia’s southern interior.

The city itself was the first to be settled in the region, and out of any the urban centres in the Valley, it has the most amenities and variety of accommodation. Kelowna weather features summers that are hot and humid, and winters that do see snow and below zero temperatures, but even so, the mercury rarely dips below minus five Celsius.

The Kelowna International Airport service flights to all the major hubs in Canada and the United States, making it easy to get in and out. Travel by ground offers breathtaking scenery, though the two-lane nature of most of the highways in and out of the valley are not built for speed, and travelling in the area sometimes means being stranded due to rock slides along the mountainous roads. The area surrounding Kelowna, indeed the entire Okanagan Valley, is dedicated to agriculture, and fruit from the region has been landing on Canadian tables for well over a century. The wine culture is relatively recent by comparison, the oldest winery being Mission Hill, which was established in 1966, though did not begin to produce commercially available wine until the early 1990s.

To help with booking your holiday to Kelowna just contact our travel specialists team who will arrange your holiday flight, hotels, tours and anything else required to fulfil your Kelowna holiday adventure deal to the max.

Vancouver and the Wine Country Self-Drive

Kelowna has a lot to offer for every kind of traveler. Whether you crave the glitz and glamour of the casino or getting back to the earth at one of the local farms or wineries, it’s all here. Here are some of our top tips, designed to help you discover the best of what Kelowna has to offer:

Things to do in Kelowna

Kelowna has plenty to entertain and tempt travelers of any age. Wineries, breweries and distilleries are close at hand, and along with good drink there is always great food. The city has several live music venues and theatres, and the entire downtown area is filled with galleries and museums showcasing local, international and aboriginal artists.

The Center of Gravity Festival happens in late July, offering a three day extravaganza of extreme sports and music on the shores of Okanagan Lake in Kelowna’s City Park. There are almost twenty golf courses in or near Kelowna, many offering spectacular views of the lake and surrounding vineyards. Many of the farms in the region are organic, and many welcome visitors with the opportunity to purchase organic products that range from fresh fruits and vegetables to locally raised and sustainably farmed meat.

The area is popular for paddle sport enthusiasts as well, and the annual Dragon Boat Festival encourages participation from all visitors, and even during non-festival times, the Dragon Boat Club invites anybody to try a day of dragon boating on the lake. Nearby Big White Resort is a busy ski resort in the winter and offers summer mountain activities like hiking and riding the scenic Bullet Chair for a bird’s eye view of the entire valley.

See how beautiful Kelowna is for yourself... 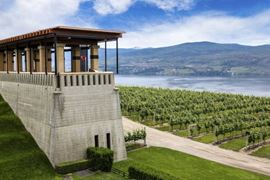 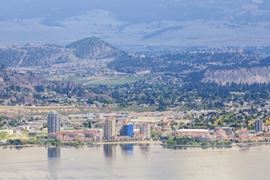 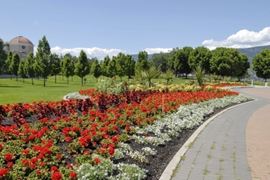 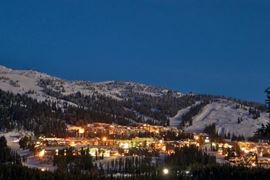 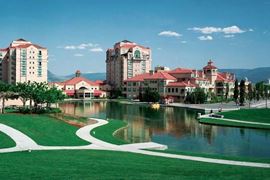 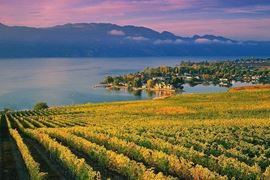 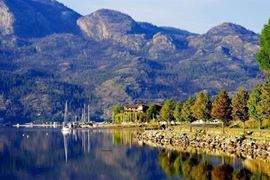 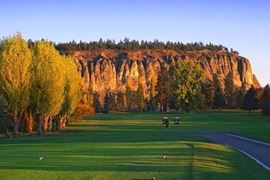 Combine your Kelowna holiday with...

When you visit Kamloops on your Canadian adventure holiday you'll find a town located in the south-central interior of Canada’s westernmost province of British Columbia. Located on the banks of the Thompson River, it was originally settled by the Cree first nation in the early fifteenth century, though it was later settled by Europeans and established as a fur-trading post in the early 1800s.

Hugged by white snow-capped mountain peaks and surrounded by the peaceful waters of the Pacific Ocean, Vancouver Island is a universally agreed "must-see" destination. A trip to this coastal city will allow you to experience the best of both worlds; a modern city with its finger on the pulse in the midst of some of nature’s most spectacular scenery.

A beautiful coastal city nestled on the southern tip of Vancouver Island, Victoria BC (British Columbia) is the perfect blend of old-world heritage and new-world amenities. If you are dreaming of a destination that is both relaxing and fascinating in equal measures, look no further than Canada’s provincial capital.

Nestled in the Coast Mountains, Whistler BC (British Columbia) is Canada’s favourite year-round destination. Consistently ranked as the number one mountain resort in North America, Whistler resorts offer an escape into nature and a unique, relaxed mountain lifestyle. Be warned; once you arrive, it is going to be very hard to leave.