A Motorhome in Quebec not only provides you with the opportunity to explore the province’s diverse landscapes, wildlife and culture but also offers other benefits. Most of all it allows for flexibility, and if you find that special place…….stay a while.

From the mostly rural Montérégie region just south of Montréal, through the Eastern Townships to the heart of Québec, up to Lanaudiere, and on to the cradle of the industry in Mauricie, you couldn’t ask for a more inviting province in which to take a Motorhome vacation. Cultural and natural wonders abound, especially for the outdoors enthusiast. Paddle or hike through marshes and wetland, watch for birds in the Lac Saint-Pierre archipelago. Bond with nature while RVing in Quebec this Summer and enjoy the active pastimes this province was made for.

Upon arrival in Montreal Trudeau Airport make your way to your overnight hotel.  The remainder of the day is free to explore the city.

You will be picked up at your hotel and transferred to the Motorhome pick up location.  Collect you motorhome and head out on Highway 20 towards Bampton, making a stop on route to stock up on groceries etc.

Renowned for its beautiful sunsets, Riviere-du-Loup (French for Wolf River) is situated between Québec City and the Gaspé Peninsula on the southern shore of the St. Lawrence River. The city is small with a population of just 21000, yet it features a range of activities for travellers looking to make it a stop on a trip through southern Quebec.

Enjoy the passing seascapes from the comfort of your motorhome before arriving in the lovely village of Percé. Some suggested activities during your stay in Percé are the cruise around Percé Rock and Bonaventure Island; this natural bird sanctuary is home to over 80,000 gannets.

Percé has some excellent trails for those who enjoy hiking. The most popular is the path to Mont-Sainte-Anne, the left fork of which leads to a commanding view of Percé Rock, Bonaventure Island and the surrounding coastline.

With so much to do and see on the Gaspé Penninsula, you'll most likely decide to spend a few extra days here. For many people, even a week won't be enough to experience all the Penninsula has to offer.

The beautiful drive encircling the Gaspé Peninsula offers magnificent views of the rugged coastline as well as mountain scenery. Visit lovely Forillon National Park; pause at Hyman’s General Store (seasonal), which inspires memories of days gone by, be blown away at Le Nordais - one of the largest windmill parks in Canada and enjoy the serenity of the Mètis Gardens, featuring 40 acres of developed gardens and a manor.

Your journey today takes you through some of the most beautiful coastal scenery Quebec has to offer. In this breathtaking landscape, discover the various ecosystems of the gulf and the history of its fishers. Visit Canada's tallest lighthouse in Cap-des-Rosiers.

Past here, the road curves westward through a changing landscape of sea and mountains. Travel from lighthouse to lighthouse to arrive in Sainte-Anne-des-Monts, at the edge of Gaspesie National Park. Here, hiking lovers can venture to Mount Albertor Mount Jacques-Cartier, in search of the caribou that inhabit the arctic tundra at their summits. Continue on to the town of Matane, famous for its shrimps and well-known for its excellent salmon fishing. From this small fishing port, the Quebec Government operates a passenger and vehicle ferry across the St Lawrence River to Baie-Comeauon the Côte-Nord. Ferry sailing times vary according to the time of year and we recommend you telephone the ferry service toll-free on 1-877-562-6560 for their updated sailing schedule. Try to time your arrival in Matane to connect with the next available ferry then relax as you enjoy the voyage across to Baie Comeau, a town where land, sea and sky meet in an ever-changing visual dynamic. The town is 99% French-speaking and boasts some fine restaurants which you may like to visit. Spend the night here before continuing on to Tadoussac and the Charlevoix region.

You can take it easy today as it's only a short drive from Baie-Comeau to Tadoussac. This will give you plenty of time to enjoy the scenery and perhaps take some time out for hiking, sea kayaking or whale watching.

The marine life in this part of Quebec is amazing so be sure to stop and observe. Tonight's destination is the beautiful town of Tadoussac. Tadoussac is a small village surrounded by hills, rocky coastline, and the majesty of the St Lawrence River. In 1998 the charming beauty of the bay of Tadoussac made it a member of the Select Club of the World's Thirty Most Beautiful Bays, and visitors to the area can easily see why. Here the Saguenay River Fjord meets the St Lawrence River.The Tadoussac Hotel, built in 1866, shines like a beckoning light to visitors and locals alike and the village's charming old houses are a photographer's dream. As Canada's oldest village, Tadoussac celebrated its 400 year anniversary in the year 2000.

Another easy day as you head towards Quebec City in your CanaDream RV. You may wish to spend more time in the Tadoussac area today before making your way south, just enjoying the peace and solitude of the area.

You have two whole days to explore and take in the atmosphere and French history in this beautiful city. We suggest you leave your CanaDream motorhome at your campsite and take public transport downtown and to the Old City. Many of this city's attractions are east of Old Quebec. This area has a distinct European feel unique in North America with its stone buildings and winding streets lined with shops and restaurants.

Near the Château Frontenac is Notre-Dame de Québec Cathedral, mother church of the Roman Catholic Archdiocese of Quebec. It is the first church in the New World to be made a basilica and is the primatial church of Canada. The Terrasse Dufferin leads toward the nearby Plains of Abraham, site of the battle in which the British took Quebec from France, and the Citadel of Quebec, a Canadian Forces installation and the federal vice-regal secondary residence. The National Assembly, Quebec's provincial legislature, is also near the Citadelle.

It’s time to pack up today in preparation for returning your vehicle to the Motorhome station, and your flight back to the UK 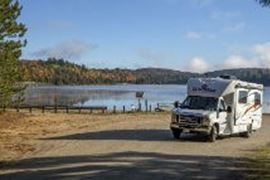 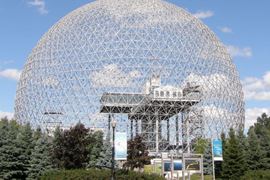 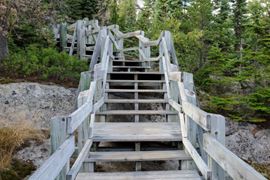 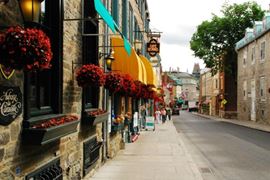 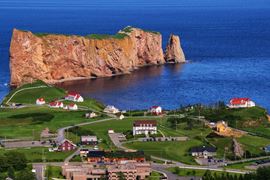 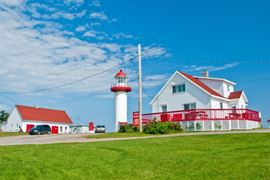 Upgrade from only £50pp

Holiday like a true Canadian, discovering the dramatic natural landscapes of eastern and northern Ontario. Historic towns are set in the wine country of the southeast, offering days of serene exploration. Chains of lakes are surrounded by near-endless forests that extend from the Haliburton Highlands of the east to the famed Muskoka region of the northwest.
Call for Price