If there’s anything that can make an Alaska Cruise even more incredible, it’s combining it with a pre-cruise stay in Seattle. While it’s primarily famous as the birthplace of several big-name American brands, locals will tell you that it’s a city of unique local businesses, ranging from high-boutiques to arty coffee shops. And don’t forget to explore the city’s distinctive neighbourhoods – you can’t get a true feel for the city until you do.

Then on-board your Alaska cruise, you’ll be introduced to Celebrity Cruises unique brand of casual luxury. The Celebrity Solstice was one of the first ships to feature the now iconic Lawn Club and features many other Celebrity Cruises favourites including the Sky Observation Lounge, Solarium, and the Solstice Theatre. Restaurants on-board include Blu, Tuscan Grill, and Silk Harvest.

Upon arrival into Seattle Tacoma Airport make your way independently to you Seattle Hotel. The remainder of the day is at leisure.

You will have 3 full days to explore this beautiful city. Here are some of our not to be missed attractions on a visit to Seattle –

The Space Needle – The most famous structure in the city, the Space Needle is one of the top attractions.  Travel to the top level observation deck to gaze out over the surrounding waters, downtown and nearby mountains including Mount Rainier in the distance.  The SkyCity restaurant  is perfect for lunch or dinner, and it rotates for fabulous 360 – degree views.

Chihuly Gardens & Glass – This stunning museum is definitely worth a visit before or after the Space Needle as they are located right next to each other.  Designed by the famous glass artist Dale Chihuly, you can admire colourful glass art inside the exhibition hall and the outdoor garden. You will be amazed with colours he uses in his sculptures.

Pike Place Market -   This is another must do visit!  Take a photo underneath the famous market sign before walking through the hundreds of stalls.  Other attractions are the original Starbucks café, street performers, musicians, and the seafood stalls where workers throw fish through the air!

After breakfast check out of your Seattle hotel and make your way independently to the Cruise Terminal where you will board Star Princess for an amazing 7 night Alaska Cruise.

Ketchikan is known as Alaska's "First City" because it's the first major community travellers come to as they journey north. Located on an island, Ketchikan began life as an Indian fishing camp. The name Ketchikan comes from a Tlingit phrase that means "eagle with spread-out wings," a reference to a waterfall near town.

In the early 1900s, when gold was Alaska's claim to fame, fishing and timber industries were established in Ketchikan. The growth of these industries helped make this Inside Passage port Alaska's fourth-largest city.

Visitors to Ketchikan will be intrigued by its rich Native heritage, which includes the world's oldest collection of totem poles at Totem Heritage Centre. The Haida, Tlingit and Tsimshian are all a part of the city's colourful history. Ketchikan, with its abundance of salmon, is also a sportfishing paradise. Sightseers will be impressed with both the scenic town and its surroundings, especially Misty Fjords National Monument.

Protected within the Tongass National Forest, Tracy Arm Fjord is a haven for wildlife. Black and brown bears, deer, wolves, harbour seals, mountain goats and a variety of seabirds have been spotted in the area.

As you glide through the pristine fjord, you'll first pass by a lush forest where a number of beautiful waterfalls cascade down, and then you'll be treated to views of snowcapped mountains and blue-tinged glaciers more spectacular than you could ever imagine.

In 1880, it was slow going for Joe Juneau and Richard Harris as they searched for gold with the help of Native guides. After climbing mountains, forging streams and facing countless difficulties, they found nuggets "as large as beans."

From their discovery came three of the largest gold mines in the world. By the end of World War II, more than $150 million in gold had been mined. Eventually the mines closed, but the town Joe Juneau founded became the capital of Alaska and the business of gold was replaced by the business of government.

Some 30,000 people live in Juneau. Its total area makes it one of the biggest towns, in size, in the world. Only Kiruna, Sweden, and Sitka, Alaska, exceed Juneau's 3,248 square miles.

Today Juneau is famous not only for gold and government but also for its breathtakingly beautiful glaciers and stunning views of both water and mountains.

Skagway was the gateway to the gold fields for the thousands who flocked to Alaska and the Yukon with the hope of striking it rich. Skagway may have boasted the shortest route to the Klondike, but it wasn't the easiest.

Over 100 years ago, the White Pass route through the Coast Mountains and the shorter but steeper Chilkoot Trail were used by countless stampeders. Many a would-be miner perished on the treacherous Chilkoot Trail.

The gold rush was a boon and by 1898, Skagway was Alaska's largest town with a population of about 20,000. Hotels, saloons, dance halls and gambling houses prospered. But when the gold yield dwindled in 1900, so did the population as miners quickly shifted to new finds in Nome.

Today, Skagway has less than 1,000 residents. It still retains the flavor of the gold rush era.

Victoria exudes old-world charm and fragrant and colourful flowers are everywhere. Founded in 1843 by James Douglas of the Hudson's Bay Company, the city was first known as Fort Victoria. By 1848, Vancouver Island was a British colony and Victoria was its capital.

In 1858, Victoria was a tent city and the base for some 25,000 prospectors on their way to the Frasier River gold fields. When Vancouver Island was incorporated with mainland British Columbia in 1868, Victoria became the capital of the entire province.

Although it's a port city, Victoria is not as industrially oriented as Vancouver. The harbours, especially Inner Harbour, are dotted with pleasure craft, ferries and floatplanes. The city is renowned for its beautiful gardens, charming houses and very British feel.

Disembark your cruise ship and make your way independently to Seattle Tacoma Airport for your flight back to the UK. 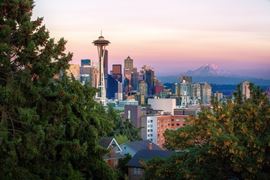 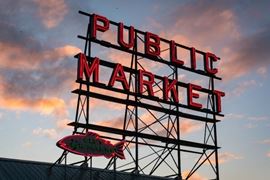 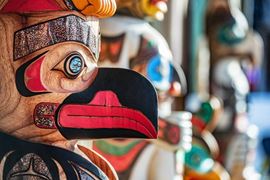 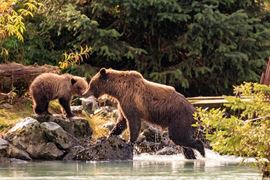 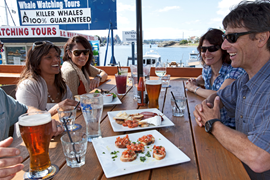 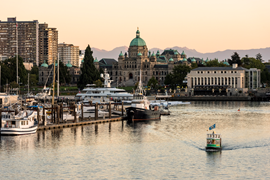 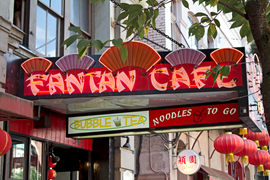 Includes:
8 nights from Call For Price May 2020